The stories found in the Pennsylvania Fireside Tales books sound “far fetched” to most of us, but that’s only because they’ve been embellished and romanticized as they’ve been told and retold over the years. But the author has set himself up as an investigative reporter of sorts so he can treat each tale like a little mystery, exploring whether or not they have any basis in fact and trying to determine what their origins might be.

It is for that reason that the Pennsylvania Fireside Tales series is subtitled “Origins and foundations of Pennsylvania Mountain Folktales, Legends, and Folklore.” It is a series that is truly for those who like the tales of “long ago”, but who also enjoy a good mystery. The search for the truth in this case is not only fascinating and intriguing, but also filled with nostalgic glimpses into a time and place that we know today as “The Good Old Days”.

Types of stories in each volume include:

Supernatural Tales: Stories dealing with ancient Pennsylvania superstitions and fears about the devil, haunted houses, and witches who could ride broomsticks, turn themselves into black cats, or cause bodily harm to people and animals just by casting an evil spell.

Human Interest Episodes: Memories of lost treasures, hidden gold, moonshiners, gypsies, and enormous snakes, these are the “tall tales” that could often be heard when old-timers gathered around “pot belly” stoves of country stores or around the fireplaces of settlers’ homesteads in the days when story-telling was the primary means of entertainment.

Hunting Narratives: Nothing surpasses a good hunting story when hunters gather around a fireplace of a hunting camp after a hard day’s tramp through the woods. But these are hunting tales from a by-gone era; a time when packs of vicious wolves and ferocious mountain lions prowled the deepest parts of Penn’s Woods and whose howls often sent chills up the spines of belated travelers who found themselves alone in the forest as night began to fall.

Jeffrey Frazier’s Latest Book — The new version of my Ghosts of Penn’s Woods volume includes all the stories in the original plus eleven new ones, which are even better than the originals. 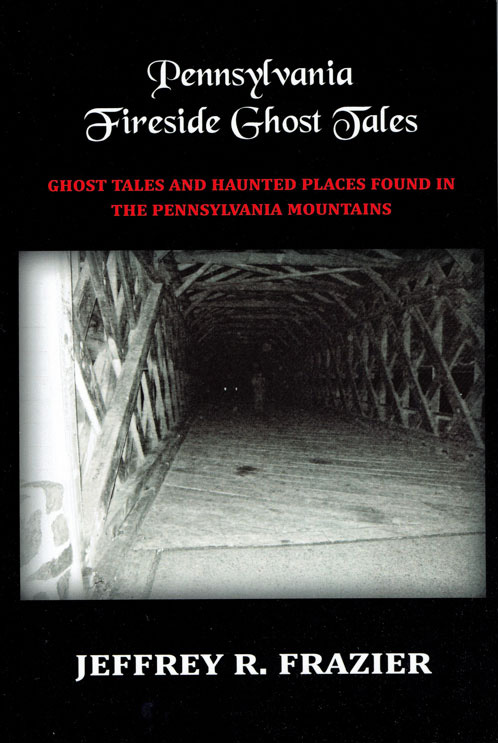 Visit the Bookstore to view all books.